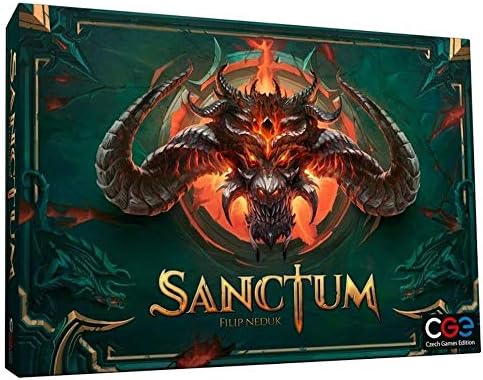 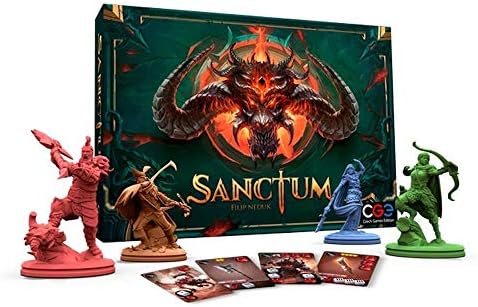 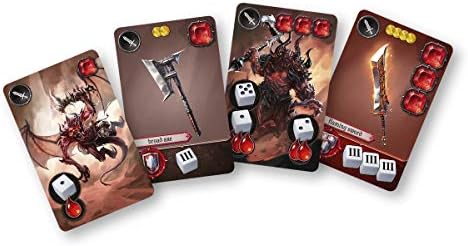 Sanctum, once a great city, is now shrouded in darkness. The lands surrounding the city are home to the demon horde lead by the Lord of Demons. It’s up to a handful of heroes to rise up, battle through the horde, banish the evil that plagues the world, and restore the realm to its former glory. Sanctum is an epic adventure competitive game for 2-4 players that’s inspired by the hack & slash genre and converted into a modern board game. As one of the heroes, you embark upon a quest to rid the land of a demonic invasion, fighting your way through countless enemies and gearing up to face the Lord of Demons himself. In the process of venturing deeper into the land, ever so much closer to the Demon Lord, the heroes have to improve their equipment and adapt their combat tactics to face the increasing difficulty of combat. The seemingly simple dice-throwing mechanism turns out to be a tactical delicacy once you realize that equipping the correct gear is a crucial part of surviving in these hostile lands.
A thrilling hack-and-slash tabletop adventure
Slay demons to gain loot and level up your hero
Manage your resources, equipment, and abilities carefully
Can you build the best hero and defeat the Demon Lord?
2 to 4 players, ages 12 and up
Takes 90+ minutes to play